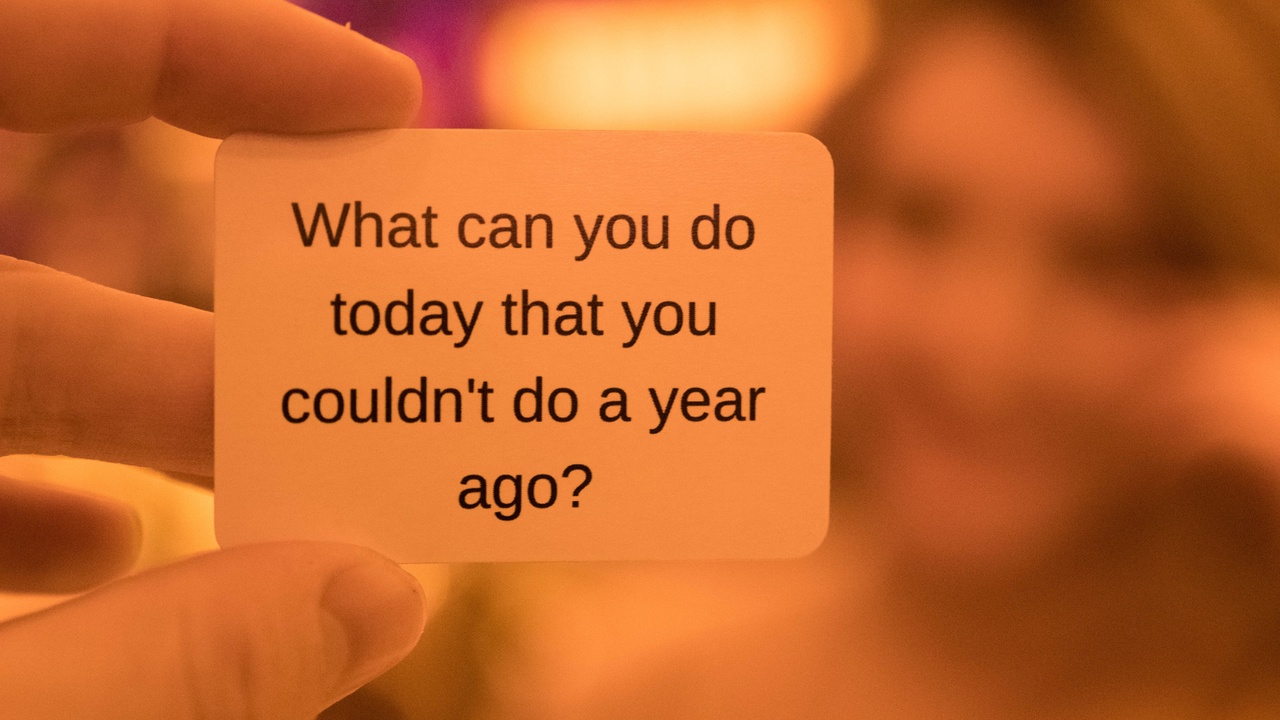 So much of our culture is focused on quick fixes, magic bullets, and hacks. But healing cannot be hacked. And some of the most significant milestones--the ones that announce that healing has happened or is still happening--aren’t loud, demonstrative or performative. Listen in to hear more about how quiet wins can be powerful reminders that we are making progress on our healing journey.

Welcome to the Freedom from Empty Podcast: Building Strong, Effective, Resilient Leaders and Humans. My name is Booth Andrews, and I am your host. Thank you so much for joining me for this episode.

If you are listening to this episode before Aug 31, 2021, it is not too late to join me for my 30-day well-being challenge which launches September 1st! One accessible, effective well-being practice delivered to you daily for thirty days. Go to boothandrews.com/wellbeingchallenge to join in! And now for today's episode.

Not too long ago, during my nightly meditation (compliments of the Calm app), I got to the part of the guided practice where the teacher prompts listeners to observe without judgment any sensations or emotions that come up.

I have been meditating nightly for more than 2 years.

I teach people regularly through a variety of methods to start to observe the sensations in their bodies because sensations are often indicators of emotion.

I have spent almost 9 years in the process of re-learning how to be present to and allow sensations and emotions to rise and release within my body.

Noticing sensations comes easily to me now even after decades of pushing through, ignoring or numbing myself to physical pain and discomfort.

But the emotions? Not so much.

Until just a few weeks ago, I had never experienced an emotion rising within my body during this part of my nightly meditation practice.

But then one night, completely out of the blue, there they were. For me, the emotions came in words.

Grief . . . anger . . . are some of the emotions I remember though I don’t remember what they were attached to. I do remember that once the words came, I was like “duh.” Of course those emotions were present in that moment!

I was a little shocked; having been aware of the lack of emotional response to this part of my meditation practice. But since then, I have had the same experience more than once. I didn’t feel the shift coming, I have no idea what prompted it--what puzzle piece fell into place to allow my emotional channels to open up in a new way--but I noticed.

My birthday marked the one-year anniversary of my 4-week taper off of the antidepressant medication that I took for almost 8 years. I spent part of my last birthday curled into the fetal position in my bed crying and wondering what in the world I was thinking when I decided to try life without this medication. Now, I want to emphasize that I embarked on this taper with the full support of my prescribing physician. And, as noted, I did not go cold turkey.

A friend reached out to me a couple of days before my birthday this year and said . . ."what are your plans for your birthday?" I said, "not to implode on myself??"

I have shared before I think about the fact that birthdays are fully loaded for me, and mix of hope, and trauma, and a wish to sometimes suspend reality, if only for a day.

This year, as my birthday approached, I was able to observe my temptation to turn inward and detonate . . . for me this looks like collapsing into myself and abandoning (not in a healthy way) any hope or expectation that my birthday will somehow feel celebratory and special. And I was able to resist those temptations.

I was also distinctly and oh so gratefully aware of the contrast between my last birthday--when I felt like I was going through a dark tunnel and not sure I would come out the other side--and this birthday during which I could also acknowledge and celebrate one year without antidepressant medication.

An important side note. I benefited from antidepressant medication for 8 years. I absolutely believe that this medication was part of the framework that helped me stay alive long enough to do the work that has resulted, for me, in remission for my mental illness. I still take medication to sleep. And as far as I know, I'll take it forever. But in consultation with mental health professionals, we had determined that I had at least a decent shot of being able to stay well without the continued use of the antidepressant. So far, I am. But if there is ever a time when I am not able to stay well without this medical support, I will revisit the use of medication as part of my well-being toolbox.

As a family, we have spent the last few months mentally, emotionally and physically preparing for my oldest to embark on her college experience.

A number of kind friends have asked me how I was doing, and my response went something like this . . . “I don’t generally have anticipatory emotions. On a good day, I might feel things as they happen in real time. But more often than not, I won’t process things until after the fact, if at all.”

Last week, I was in my daughter’s room helping her pack. And I started to cry! Who is this strange, present, emotional being?!?!

Now, before we think I have been kidnapped by aliens, I would be lying if I said, one day after saying a last “see you soon” to my daughter on her college campus, that I have fully felt and processed all there will be to feel and process during this transition.

Even so . . . being present to my grief in real time is a significant milestone on my journey that isn’t lost on me.

Saturday afternoon, I was spent. The morning had devolved into stress and chaos before 8am and my first full cup of coffee. I had been operating with recovery percentages between 30-55% all week according to my Whoop strap. Emotions were high for the whole family.

I had this moment when a voice inside my head said something to the effect of, "I am out. Checking out. Done. See ya."

And then a second voice said, "No. You are strong enough to stay. You can do this."

The first voice was an invitation to disassociate. A classic trauma reaction to an overwhelming experience. To check out of the overwhelm and go somewhere else safer. I have never before experienced such a clear invitation to exit the scene, and in my memory, my dissociative response before has always been involuntary.

But this time, I heard the invitation. And I knew I had a different choice. And that I have developed the resources and capacity to stay present and to feel all of the big, scary things that would otherwise send my reptilian brain into overdrive.

I chose to stay. It was both an incredible milestone but also a milestone met with a whisper (and maybe a little bit of a whimper). A milestone that nobody but me could see.

So much of our culture is focused on quick fixes, magic bullets, and hacks. But healing cannot be hacked. And some of the most significant milestones (the ones that announce that healing has happened or is still happening) aren’t loud, demonstrative or performative.

When we are on a healing journey or any transformative path, it is so very important to celebrate even the tiniest of milestones. No matter how “invisible” they might be or inconsequential they might feel.

These are the moments you realize that something has shifted or changed.

The moment when the world feels a little bit brighter or lighter.

Or when you were able to stay present in a situation that before would have sent your survival instincts and conditioned trauma responses into overdrive.

The moment you listened to your body and took action or rested accordingly.

The moment you felt the emotion and stayed present through the discomfort.

When you reached for the tools in your toolbox to help you feel safe and supported enough to lay down a new neural pathway . . . when you said “no” to an old coping strategy that was no longer serving you.

The moment you were gentle and tender to yourself instead of berating yourself or pushing beyond your limits out of fear, anxiety or desperation.

The moment you set the boundary. And held it. And rode out whatever ripple effects might have followed.

The moment you decided to stop hustling out of fear of not being enough just as you are.

Each and every moment of hope and healing along the way.

My oldest has embarked on one of the most transformative seasons of her life. And I know what she doesn’t yet know.

That she will never return home in quite the same way.

I cannot say that I don’t have any regrets. But I can say that I have fought with everything in me for presence. For the ability to show up for her and my other little ones physically, mentally and emotionally. For the ability to show up for myself. And to role model a different way of living than I was taught or that our culture so hungrily demands.

We are all a work in progress, if we are willing to do the work.

I celebrate your quiet wins in healing with you.

I know how hard fought they can be.

I want you to know that for every hard fought win, there are positive ripple effects beyond what you might imagine or even be able to see.

And you are never alone.

Thank you for listening today. And don’t forget to go to boothandrews.com/wellbeingchallenge to join us for the thirty day well-being challenge!

And, if you haven’t already, please hit subscribe and remember to rate this podcast wherever you listen to podcasts. When you subscribe and rate, you make it easier for other people to find this content.

I look forward to being back with you next time! 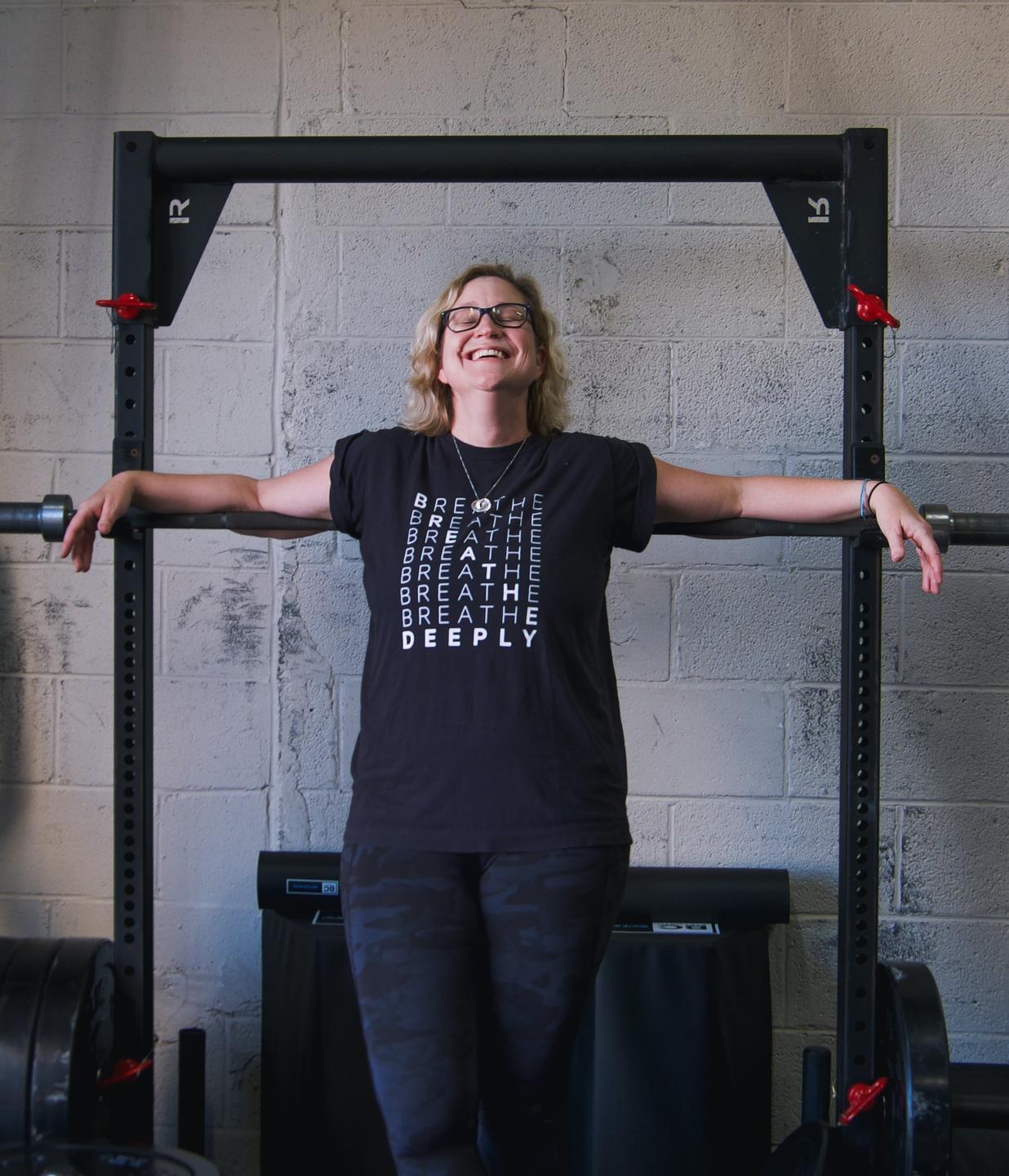 Are you running on empty?

Take this short quiz to help you identify signs and symptoms of burnout in your life.

WHAT IS MY BURNOUT RISK?

Get started today before this once in a lifetime opportunity expires.